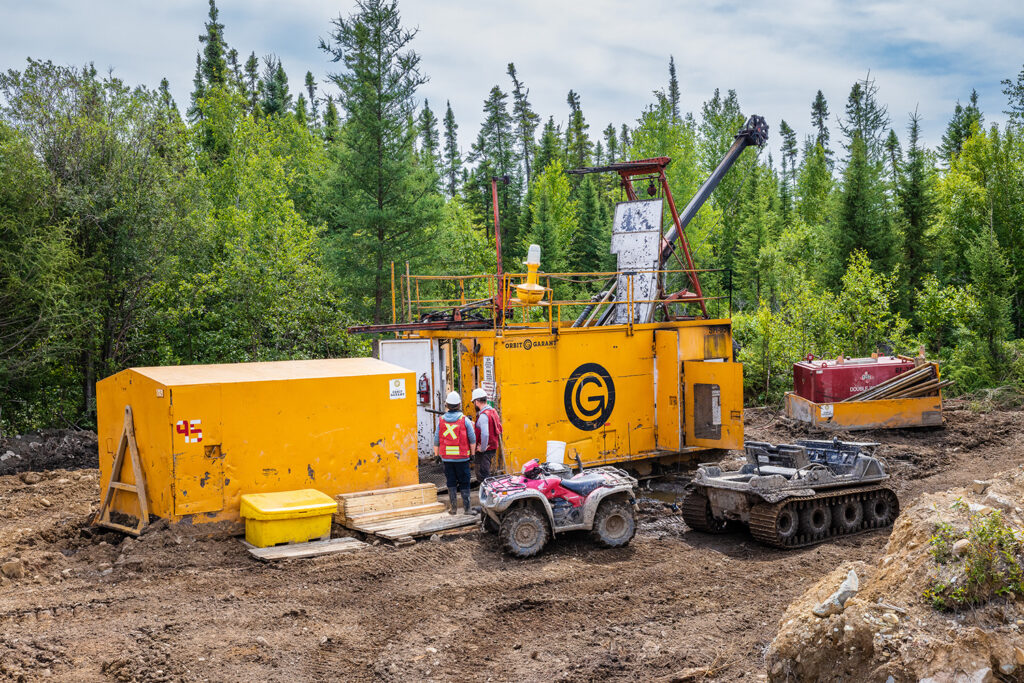 Vancouver, British Columbia, October 12, 2022 – Québec Nickel Corp. (CSE: QNI; FSE: 7lB; OTCQB: QNICF) (“QNI” or the “Company“) is pleased to announce it has added a third diamond drill rig to the Ducros Project, located approximately 80 kilometres northeast of Val-d’Or, Québec. Following the Company’s recent drilling success at the Fortin Sill Zone, including a 8.43 metre-long intersection assaying 1.85% Ni, 1.65% Cu (3.50% Ni + Cu), 576 ppm Co and 3.27 g/t Pt-Pd-Au in hole QDG-22-29 (see August 30, 2022 News Release), a third drill rig was recently mobilized to project and is being used to accelerate the current and ongoing 20,000 metre drilling program. The focus of work for the third machine is to advance the understanding of the size and geometry of the Fortin Sill Zone. The first drill continues to systematically test the interpreted strike extents of the Ni-Cu-PGE-mineralized body as well as other geophysical & geological targets in the general area that are interpreted to be potential continuations of the Fortin Sill Zone and/or new mineralized intrusions.

As announced in the Company’s September 20, 2022 News Release, a second drill was mobilized to the property in September to begin a 3,000 metre program at the Ducros Ultramafic Sill Complex (DUSC) target area (Figure 1). To date, just over 50% of the planned drilling at the DUSC target area has been completed. The DUSC drilling program is currently paused during the fall moose hunt and will resume later in October.

QNI’s CEO, David Patterson, comments “…considering the outstanding results we’ve seen so far from drilling at the Fortin Sill Zone, it was obvious we needed to ramp-up the work here to better understand what it is we have at Fortin. At the same time, we didn’t want to sacrifice the important work that’s going on elsewhere at the project, including the drilling at the DUSC target, so it only made sense to add another rig to the project. We’re looking forward to sharing the results of all this hard work really soon.”

The Phase II drilling program began this past April at the Fortin Sill Ni-Cu-PGE showing and started with the collaring of hole QDG-22-09, which was designed to verify the results returned historical hole GCF-08-07, which intersected 0.82% Ni + Cu and 0.65 g/t Pt-Pd-Au over a core length of 20.7 metres at a downhole depth of 4.50 metres. Assay results from QDG-22-09 improved upon the historical drill intercept in terms of both overall grade and core length (see May 16, 2022 News Release for more information). Two additional holes were completed from the same set-up as QDG-22-09, namely QDG-22-10 & 11, to test for the continuity of the Ni-Cu-Co-PGE-Au mineralization on section with QDG-22-09 and GCF-08-07. This drilling was successful at expanding the mineralized zone at Fortin Sill on section to the southwest (see June 6, 2022 News Release for more information and Figure 2 below). 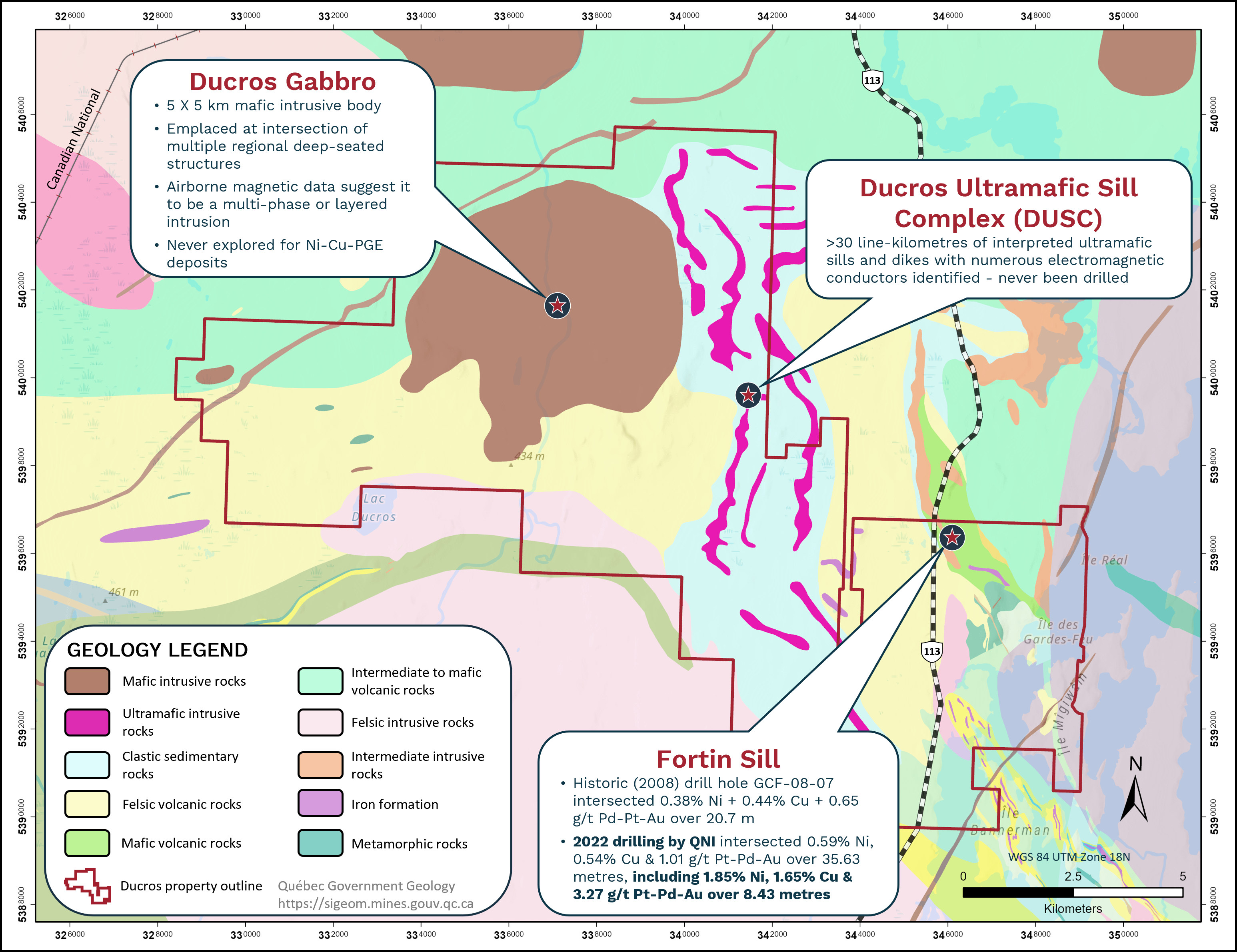 Figure 1. Geology plan map of Québec Nickel’s Ducros property (dark red outline) along with the locations of the primary Ni-Cu-PGE exploration target areas. The regional geology is sourced from the Government of Québec’s online SIGÉOM database. 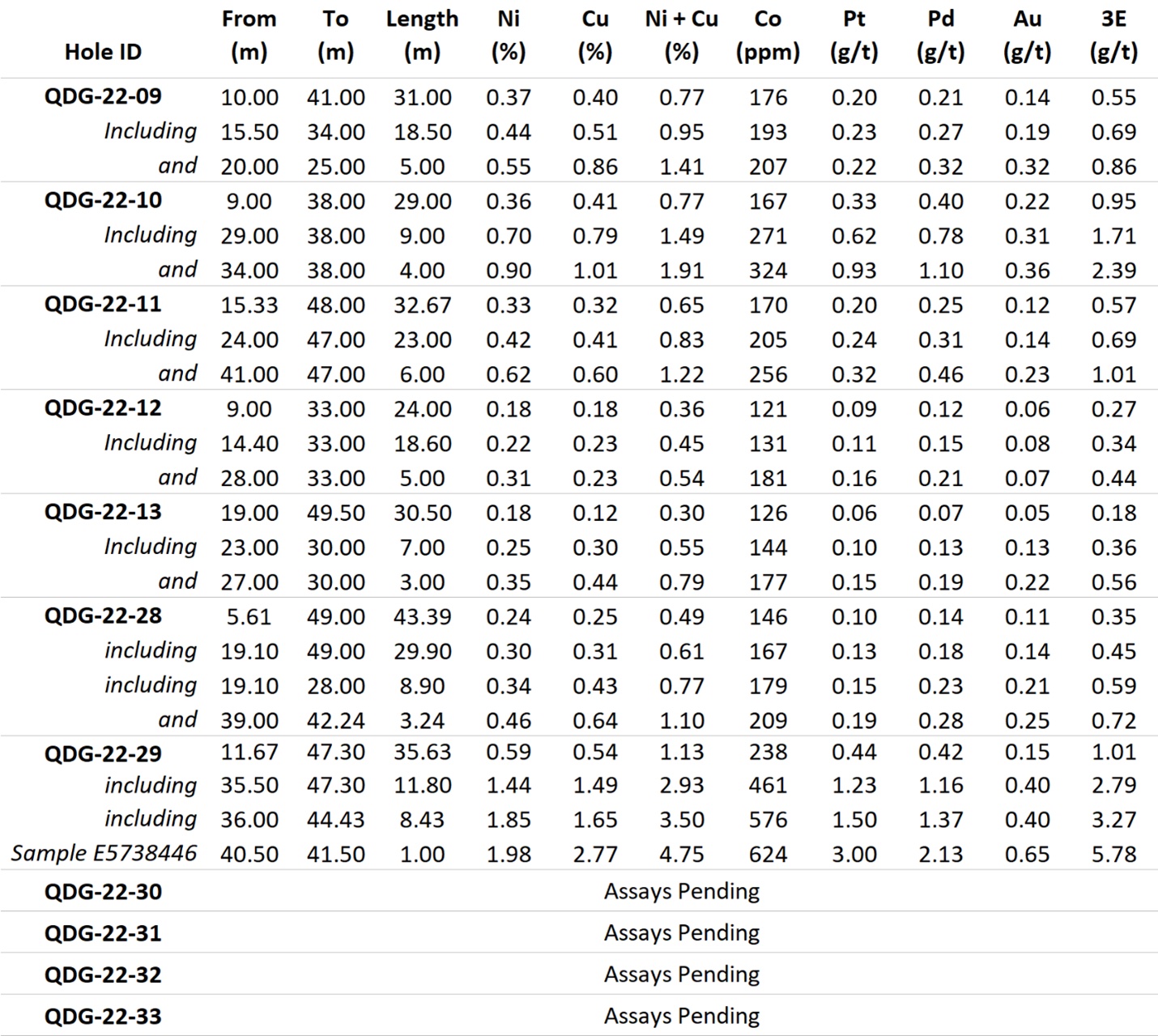 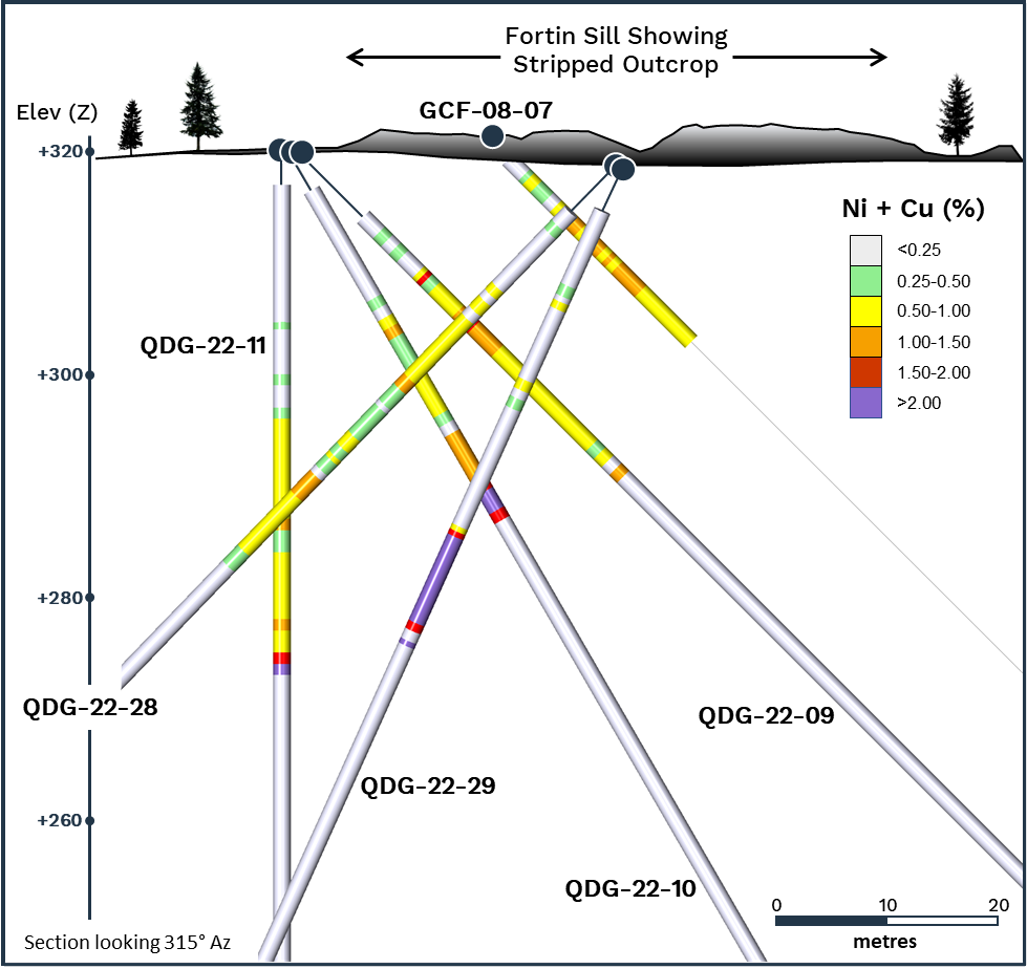 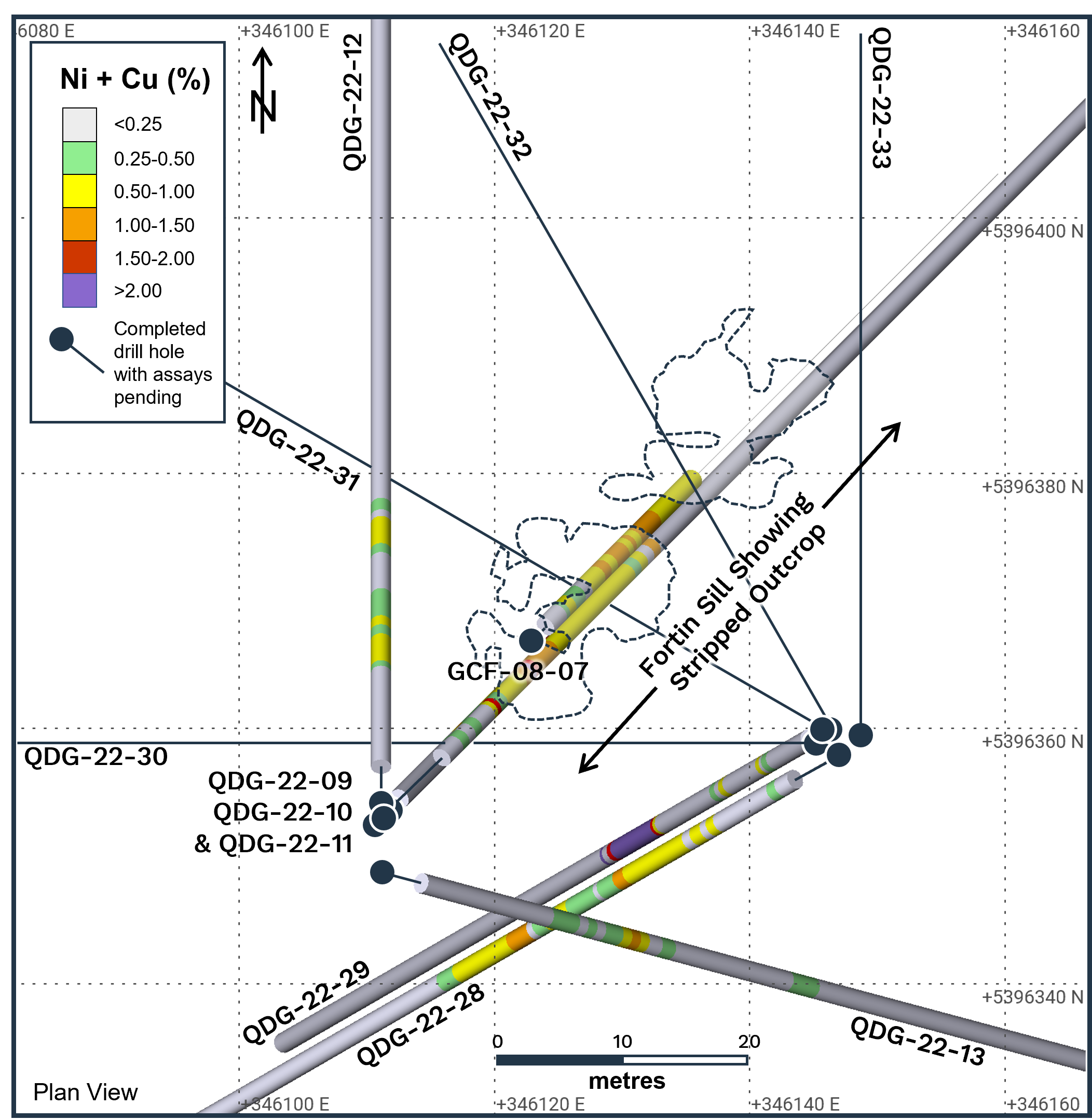 Figure 3. Plan map showing the locations of selected drill holes completed at the Fortin Sill Zone in relation to the Fortin Sill discovery outcrop. Assay results for holes QDG-22-30 through QDG-22-33 are pending. The location of hole QGD-22-28 has been moved approximately two (2) metres to the SE from its actual collar location for illustrative purposes.

As announced in QNI’s June 13, 2022 News Release, the Company initiated multiple work programs during the summer to support the ongoing 20,000 metre drilling campaign. The Company is pleased to report these work programs have either been completed or are in the final stages of completion and include:

Québec Nickel has implemented a quality assurance and quality control (“QAQC”) program for its Ducros Project, to ensure best practices for logging, sampling and analysis of its drill core as well as for the collection and analyses of surface rock samples. This includes the regular insertion of geochemical blanks, duplicates and multiple Ni-Cu-PGE-Au certified reference material standards (CRM’s) into the sample stream.

Drill core is collected by Ducros project personnel daily from the drill rigs and transported to QNI’s core logging facility in Val d’Or in secured core boxes. Logging is completed on laptops and data are captured using fit-for-purpose computer software.

Core destined for geochemical analyses is identified and labeled by core logging geologists and is then sawed in half by a diamond blade. One half of the NQ-diameter core sample is placed in a labeled and secured sample bag. The remaining half of the core sample is returned to its core box for archiving. All core samples are transported from QNI’s logging facility to AGAT Laboratories’ sample preparation facility in Val-d’Or in secured and numbered rice bags by project personnel.

AGAT Laboratories is accredited to the ISO/IEC 17025:2017 and ISO 9001:2015 standards. Analysis for precious metals (gold, platinum, and palladium) is completed by Fire Assay with an ICP-OES finish while analyses for nickel, copper, and 41 other elements are performed using AGAT’s 4 Acid Digest – Metals Package, with an ICP-OES finish.

Gary DeSchutter, M.Sc., P.Geo., Vice-President of Exploration for Québec Nickel Corp., and a Qualified Person (“QP”) as defined under National Instrument 43-101 (“NI 43-101”), has reviewed and approved the scientific and technical content of this news release.

Québec Nickel Corp. is a mineral exploration company focused on acquiring, exploring, and developing nickel projects in Québec, Canada. The Company owns a 100% interest in the Ducros Property, consisting of 280 contiguous mining claims covering 15,147 hectares within the eastern portion of the Abitibi Greenstone Belt in Québec, Canada. Additional information about Québec Nickel Corp. is available at www.quebecnickel.com. 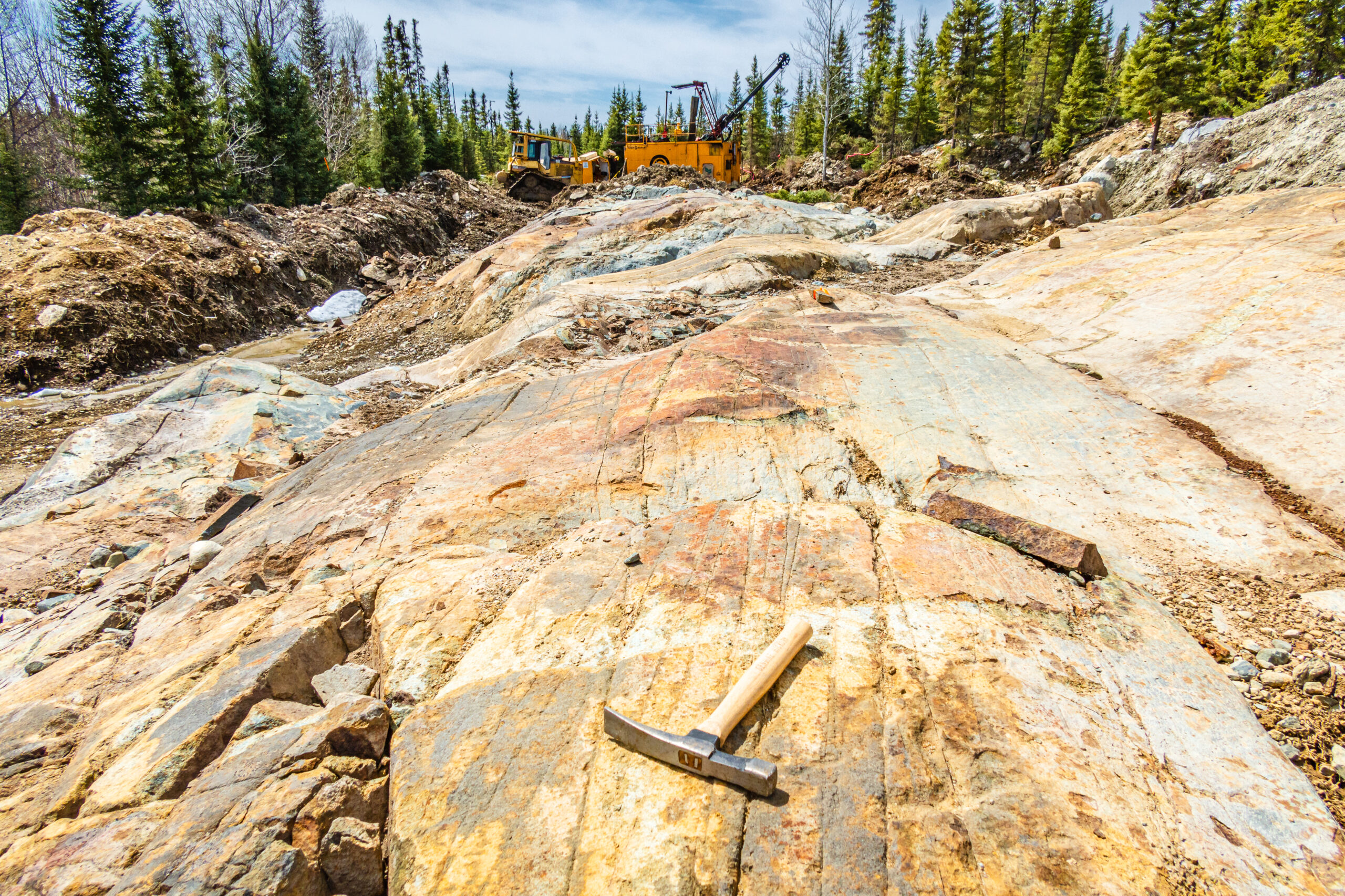 Québec Nickel Corp. Announces Offering Of Up To $10 Million 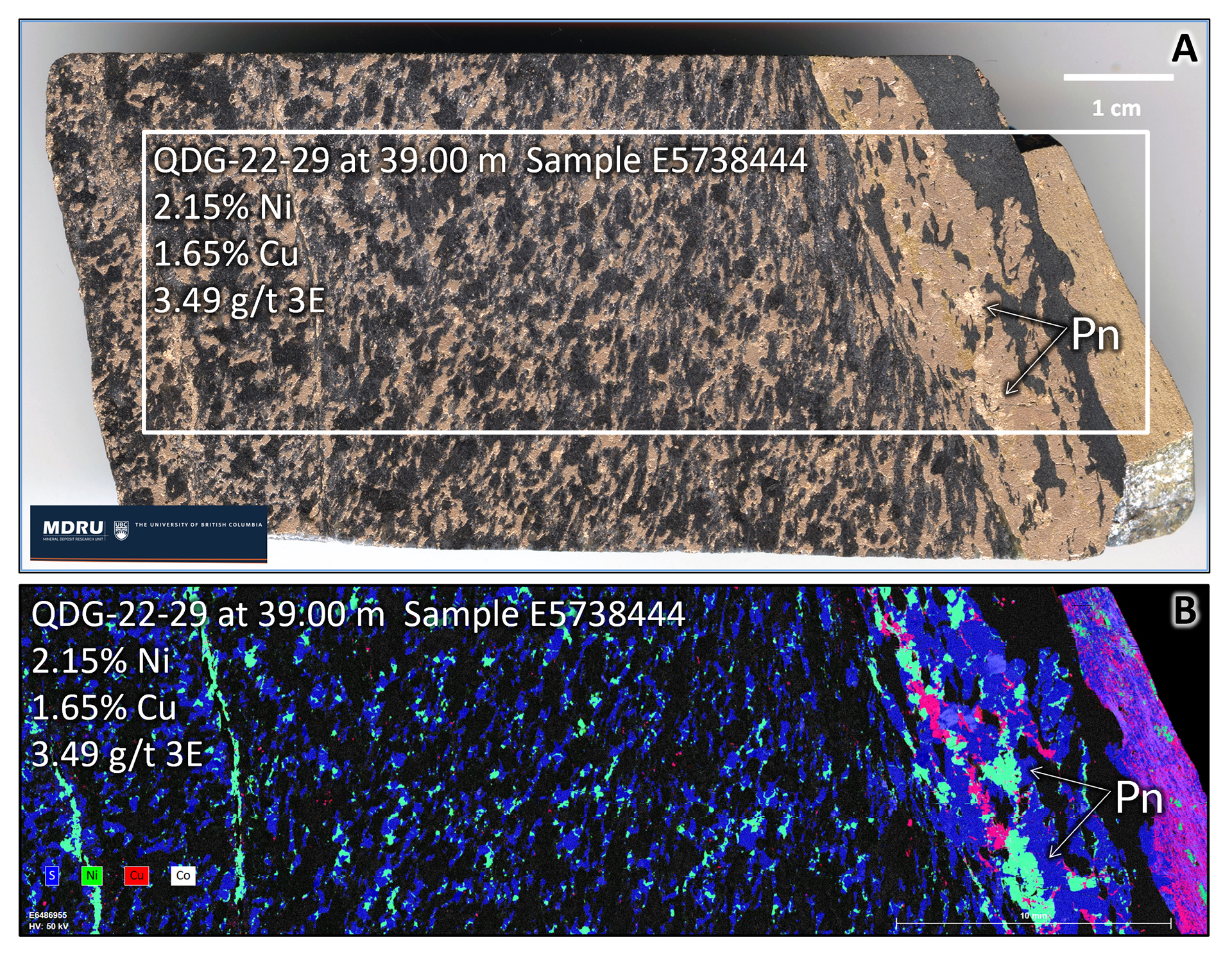 Québec Nickel Provides An Update Of Its Work Programs At The Ducros Ni-Cu-Pge Project, Abitibi, Québec